Front page article in The Washington Post
By Kevin Sieff

KABUL — As the U.S. military withdraws from Afghanistan, it is leaving behind a deadly legacy: about 800 square miles of land littered with undetonated grenades, rockets and mortar shells.

The military has vacated scores of firing ranges pocked with the explosives. Dozens of children have been killed or wounded as they have stumbled upon the ordnance at the sites, which are often poorly marked. Casualties are likely to increase sharply; the U.S. military has removed the munitions from only 3 percent of the territory covered by its sprawling ranges, officials said.

The post Schonstedt Locators in Afghanistan appeared first on Schonstedt.

The full line of Schonstedt magnetic locators is now available[...] 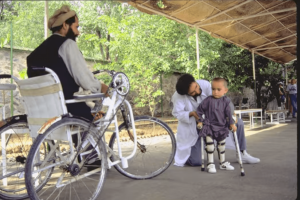 United Nations Mine Action Service This video tells the story[...]

Schonstedt Instrument Company and the United Nations Mine Action Team[...]