BAGHDAD — Foreign oil companies that have signed contracts to develop Iraq’s oil reserves may be unable to meet contractual deadlines due to the danger of land mines, RFE/RL’s Radio Free Iraq reports. Muzahim Jihad, the head of an Iraqi NGO that clears minefields, described the land mine problem as catastrophic.

He said it could severely impact the Iraqi economy and he called on the Iraqi government and international organizations to help with the problem.

Muzahim Jihad also said the government did not pay much attention to the problem of land mines until after it signed contracts with foreign oil companies. He said these companies were now facing a huge challenge that could affect their efforts to develop oil fields in Iraq.

He estimated the number of mines in Iraq at 25 million, in addition to a vast quantity of unexploded bombs scattered over much of the country but especially in areas near oil fields.

Schonstedt is now a GSA Contract Holder, making it easier[...]

At the request of the United Nations, Schonstedt deployed 35[...] 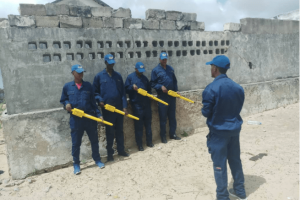