Schonstedt is now a GSA Contract Holder, making it easier than ever for the government and military to purchase the military version of the rugged GA-72Cd magnetic locator. At the request of the US Army, the GA-72Cd-ML has been adapted for use in military theaters of operation. Featuring a digital display as well as audio output, it is quickly becoming the standard for military munitions response and humanitarian demining.

Government buyers can purchase the GA-72Cd-ML at GSA Advantage

10 Units Shipped to Uganda and the Central African Republic

Now in its 8th year, the Schonstedt Humanitarian Demining Initiative[...] 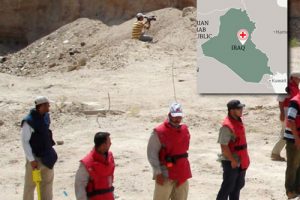