US Ambassador to Bulgaria James Warlick has announced the successful clean-up completed with US funding of the Chelopechene munitions depot near Bulgaria’s Sofia which exploded in July 2008.

Warlick, alongside Bulgarian Deputy Minister of Defense Valentin Radev, announced the successful conclusion of a massive .18 million effort funded by the United States to clean up unexploded ordnance (UXO) that infested the grounds and nearby water areas for several kilometers around the Chelopechene munitions depot following a 2008 explosion, the US Embassy in Sofia announced Wednesday in a statement.

The land the US helped to clean and the waters of the adjoining nature preserve, river, ponds, and reservoir are now restored to their original condition, the Embassy said.

Ambassador Warlick and Deputy Minister Radev toured the site on July 25, 2012, with the director of the Slovenian non-governmental organization ITF Enhancing Human Security (ITF), Dorijan Marsic, and the president of Sterling International, William Wade, the American company which was sub-contracted to complete the sub surface clearance work.

The U.S. Department of State presented a Certificate of Appreciation[...] 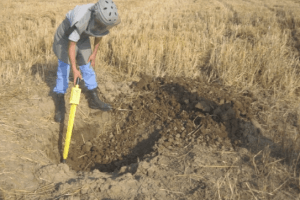 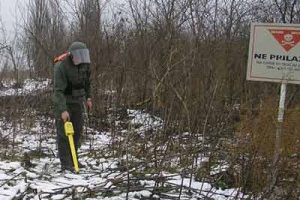